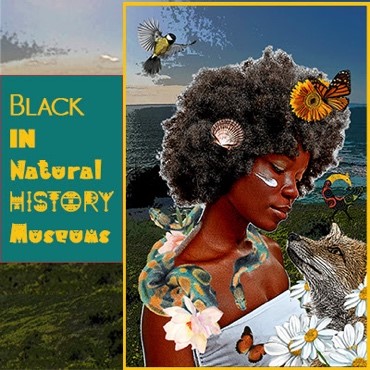 Adania Flemming, a UF graduate student with the Florida Museum of Natural History, is the leader of a group of international scholars organizing a social media campaign to highlight and promote engagement of Black students and professionals within natural history museums. Adania has worked in museum spaces since 2012 and often found that she was either the only or one of very few Black students or staff among her peers, a trend that is consistent throughout natural history museums. The lack of representation of this marginalized group inspired her to work with colleagues within the Florida Museum and from other institutions in the United States and abroad to create Black in Natural History Museums week. She is particularly excited to introduce people to the ways that natural history collections can be used to examine global issues such as climate change and biodiversity and the many career paths that are available in world of natural history museums. The social media campaign also hopes to provide a safe space to support Black scholars in the field and to encourage others to join.

The week is modeled on previous and ongoing “Black in X” social media campaigns that began in the summer of 2020 in response to the racist confrontation that Christian Cooper experienced while birding in New York’s Central Park. BlackInNHms is planned for October 17-23. Each day is being organized by a team of Black scholars and is centered around a theme:

Learn how you can support this important campaign and get involved here: https://wlo.link/@blackinnhm